REAL-TIME PAYMENT BLOCKCHAIN
It’s been another hard working week for GRAFT devs, and here is our brief weekly update.

We are continuing work on debugging and improvement of the RTA communication protocol. During the last week we merged “blocking doubled RTA notifications” PR, fixed connection and white peer lists management, and did some internal debugging, merging, and testing. Also, we just finished creating a couple of diagnostics tools – an automated communication test framework and GraftnetExplorer (see the screenshots below).

The supernodes communicate to each other through “tunnels” which they build using the existing network of underlying cryptonodes. They use a special mechanism that allows creating a set of shortest and fastest tunnels. Currently, the protocol works but not in the most efficient way, so we are looking for weak spots and bugs. These diagnostic tools have already allowed us to find and fix a couple of bugs in communication between the supernodes. At some point we may release them to the alpha group (and then to the public as well). 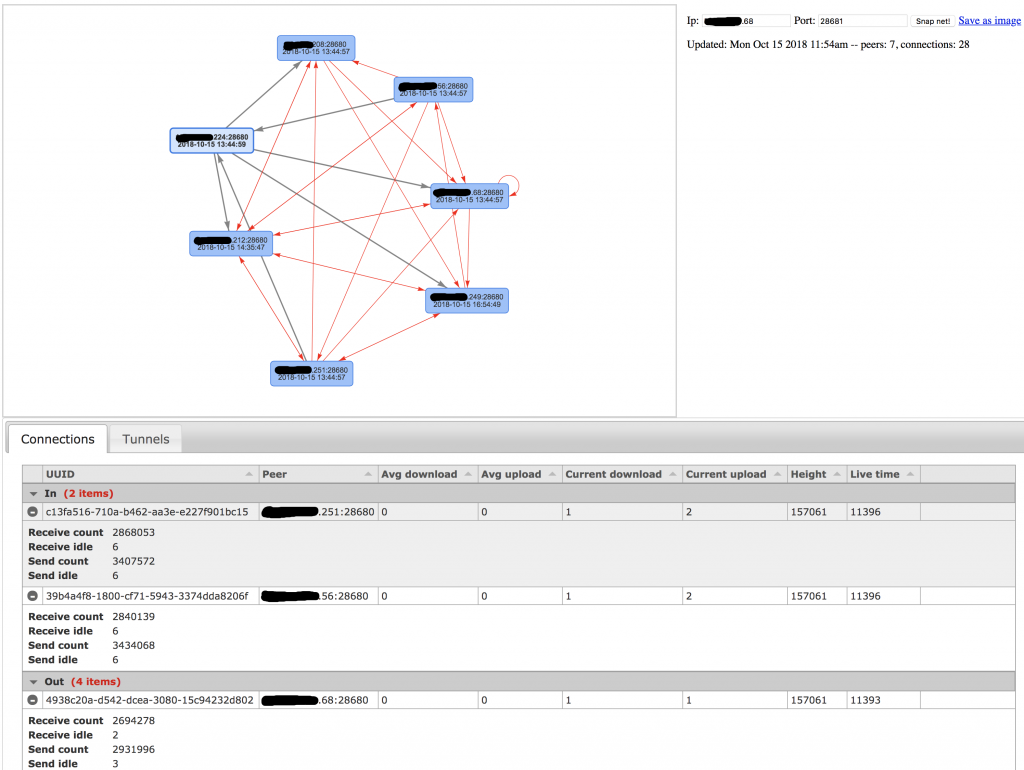 As you can see on the GraftnetExplorer screenshot above, several supernodes in this dev network are interconnected, which means they can send each other instant notifications or broadcast messages to a larger group or even the entire network – all without knowing the IP addresses of other nodes, just by using their logical IDs. This is one of the major features (but not the only one) that differentiates the GRAFT supernodes from similar protocols such as Dash masternodes as it significantly enhances both the privacy and security of the GRAFT network.

The automated testing framework is another utility, recently developed by the team, that allows us to simulate various scenarios of communication between the supernodes and print the resulting diagnostics and statistics. 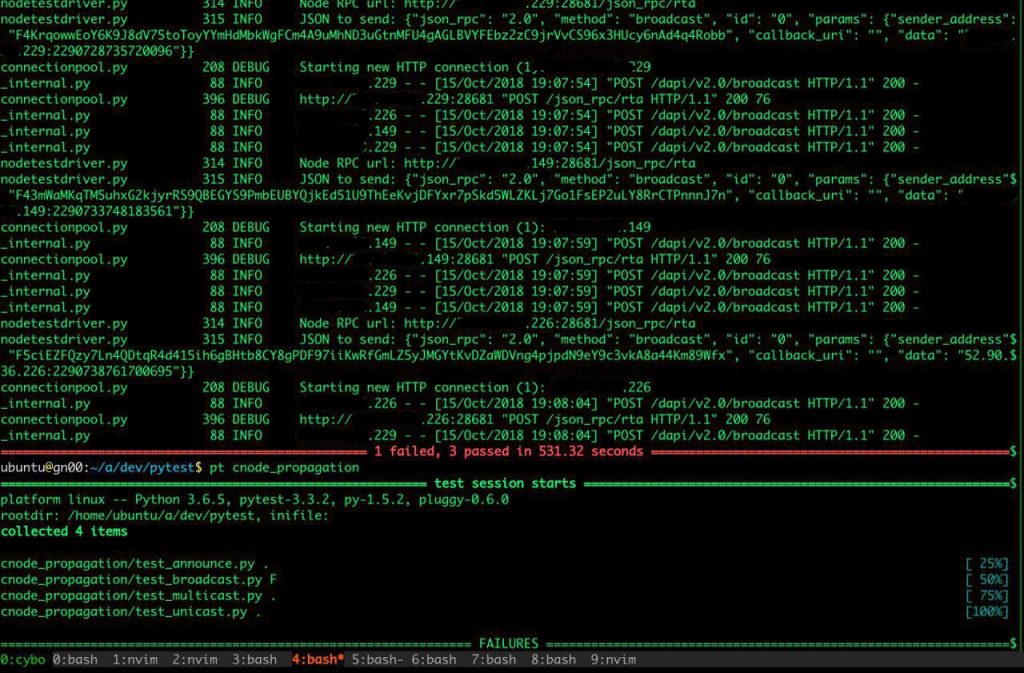 On the screenshot above you can see one of the results of the test run. There is a detailed backtrace located before the red line, while the next test is the same but without the details. 3 out of 4 the communication tests were successful, while one was failed (‘broadcast’, marked by letter ‘F’).

Another part of the team continues working on terminal apps, payment gateway, and exchange broker – optimizing the API, preparing for the production environment deployment, and developing reports. They are in the middle of the sprint, and the results will be reported next week.

And finally, the GRAFT Team will be hosting an AMA (“Ask Me Anything”) live on Telegram and Discord on October 18th, at 12pm EDT, so if you have not submitted your questions yet please do so!