Payments have evolved from barter to coins and gold in order to trade and store value, to banks and credit cards to make the process of storing money and paying faster and safer, to digital currencies to eliminate the need for banks as custodians. Now all that’s left is a payment network that’s capable of accepting any currency – digital or fiat, providing the receiver (merchant) a choice of payment method as well.

That’s exactly what GRAFT Network is built to provide, in a decentralized way, enabling you and others like you to participate in facilitating processing of electronic payments and performing currency exchanges (not banks and traditional payment networks)!

GRAFT is short for Global Real-time Authorizations and Fund Transfers, but also represents grafting of the new into the old.

GRAFT Blockchain is built on the idea that the payment industry can benefit tremendously from the democratization brought forward by the blockchain technology, but only when the right technologies are chosen and combined with the accepted industry workflows and systems. When done correctly, this transition to blockchain-based payments will lead to radically improved credit/debit payment system through the combination of lower transaction fees, tight privacy controls, low rates on credit balances, built-in loyalty programs, and connected extra services.

GRAFT payment processing network that functions similarly to a credit card processing network with off-chain authorizations and in-network atomic swap based interchanges. The network is completely decentralized, able to work cross borders and adapts to local regulatory environments. In addition to decentralization, GRAFT solves the four biggest problems that exist in cryptocurrency at a point-of-sale today – privacy, speed, fees, and integration.

Technically, GRAFT is an advanced blockchain with combination of proof-of-work recording layer and proof-of-stake based authorizations, with participants able to benefit both for mining and staking. GRAFT does not maintain administrative controls of the network – the network is decentralized and open to participants fullfilling various functions, building businesses and revenue opportunities, and adopting GRAFT to local market specifics.

Finally GRAFT is open-platform, open-source, non-for profit project with strong community behind it, with intent to develop towards a fully distributed autonomous organization (DAO). 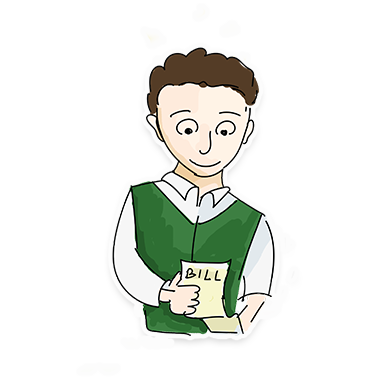 So that Consumers can stop getting ripped off on credit card fees, interest, and exchange rates 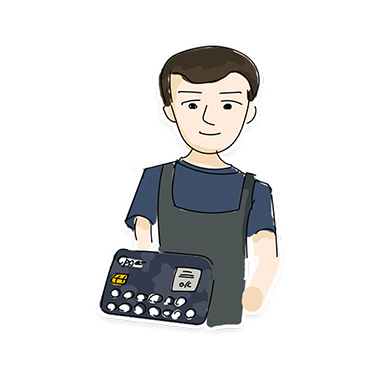 So that Businesses who can’t get support from traditional payment processors, can finally offer turn-key electronic payments to their clients (and at much better rates) 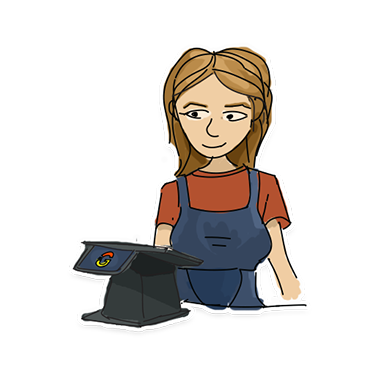 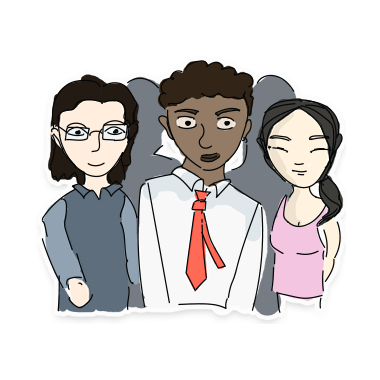 So that People, not a handful of big banks, can be The Payment Network

Innovation that Works in Real Life 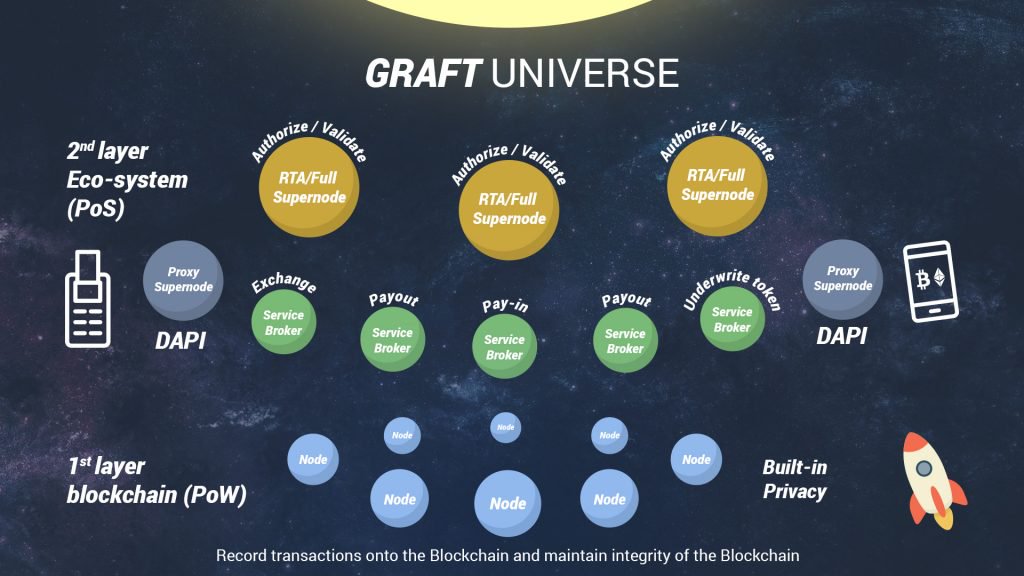 GRAFT Payment Network is based on the main idea behind the blockchain – decentralization. Decentralization evens out the playing field and allows small actors to carry out functions that are typically entrusted to a single entity. Decentralized arhitecture is very nimble, conforming to local cultures, rules, and regulations. “Trust-less” approach protects against manipulations without requiring a central authority. Finally, decentralization gets away with the single point of failure, a single target that a centralized service is, making it vulnerable to hacking, political pressures, and corruption.

Transaction Privacy and Untraceability as the Basis for Payment Blockchain

We believe that complete transaction privacy and untraceability should be at the basis of the payment blockchain. The private network then implements facilities that allow both parties to select the levels of disclosures that are appropriate for any given transaction ​

Each blockchain technology – Proof-of-work, proof-of-stake, and DAG have strong and weak points and are suited for specific tasks within the payment blockchain ecosystem. We currently use PoW for the settlement layer of the network, PoS for the authorizations and validations, and DAG for the tokens sidechain ​

It is not the job of the network to enforce compliance with local laws and regulations, it is its job to make it easier for merchants to fulfil compliances. An example of compliance enablement could be optional age verification or a KYC check triggered by a transaction that inovlves a product that requires it under the local regulation.
Contrary to the blockchain reputation, we want the regulators to see how a blockchain based payment network could benefit them.

The real unique thing about Graft are it’s “SuperNodes” which earn rewards for authorizing transactions on the network. So essentially all the “Fees” go back to Graft holders/ Network participants instead going to a centralized entity (eg Visa/MC/ Bitpay/ Paypal/ ETNpay etc). With Graft you are the network and get a proportional reward for all transactions on the network. Graft is a novel use case for Blockchain tech.
You can do VHS vs Betamax comparison here, first to market etc. It’s all about the concept, if it will work or not under load. For POS Graft is the only one with the right concept so others that may look successful in the early stages will fail when it comes to big time. GRAFT won’t fail.
GRAFT’s solution to leverage the Supernode authorization sample to support both sale and exchange transactions is very elegant and ingenious. This is the first realistic solution outside of Lightning (which requires support from other blockchains) to accomplish a fast atomic swap! This is a BIG deal!
Share5
Tweet
Share