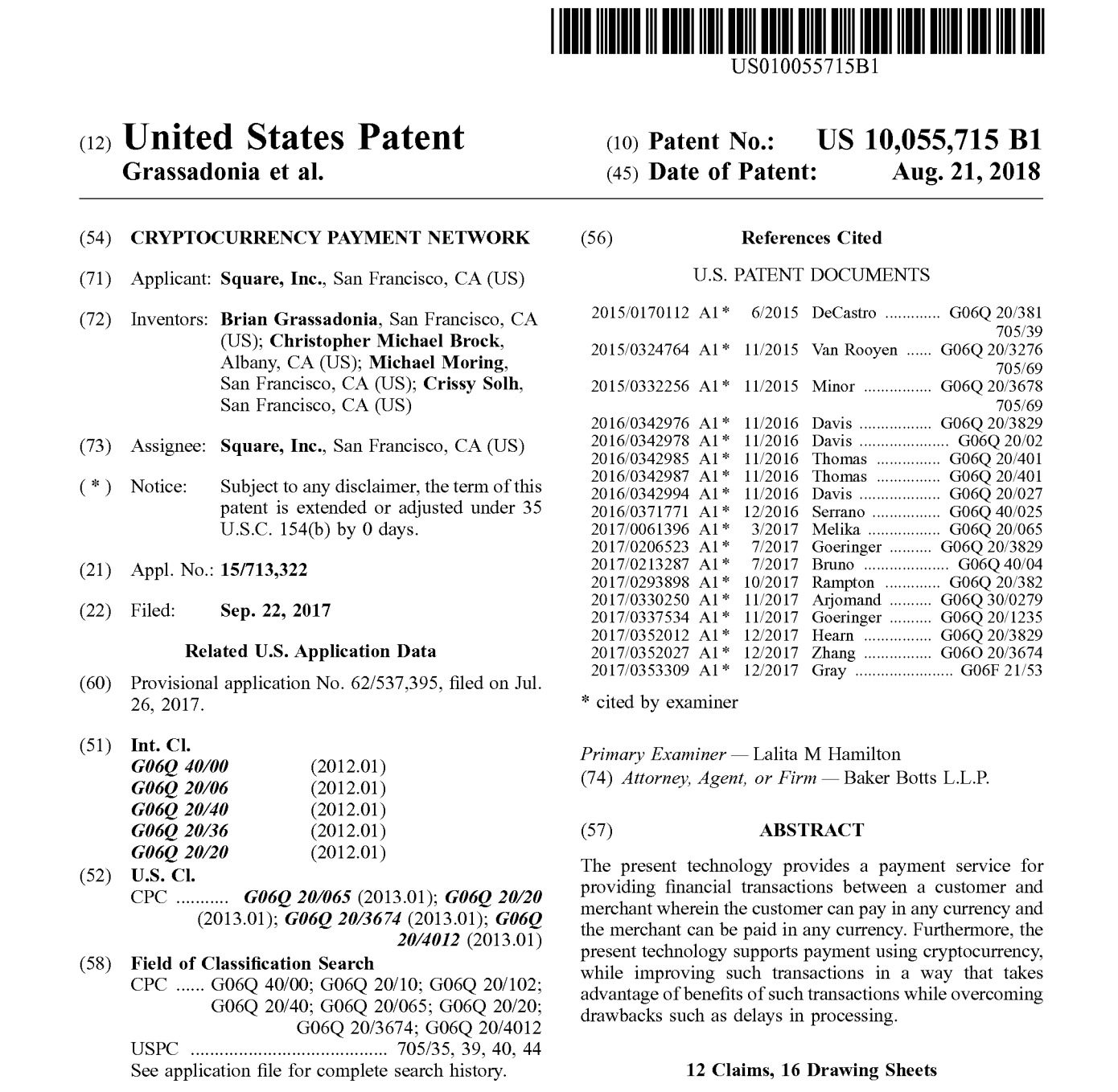 Square has made the news recently with a patent on Cryptocurrency payment network with real-time transactions.

We’re very excited about this development as it completely validates the approach we’ve taken with the GRAFT blockchain!

Another important question one might ask is “Will GRAFT project be impacted by this development”?

We will be studying Square patent further and any action we might want to take, but we wanted to provide a brief summary of our initial thoughts on the subject:

Additionally, the fact that the patent was granted proves that there was little known prior art (GRAFT nonwithstanding) before July 2017 which is when GRAFT white paper was published and Square provisional application filed.

Finally, patent doesn’t equal product. Square and its competitors will be considering whether to develop these systems in-house or to use an existing public network like GRAFT.

All in all, we view this development as a very positive one both for the industry and for GRAFT.

With that said, we would like to ask for our community’s help in raising the visibility of the fact that GRAFT implementing the system that Square has attempted to patent – this is a very opportune time to do this building on the attention this patent has generated. Please help bring this up on the appropriate social media and discussion threads.