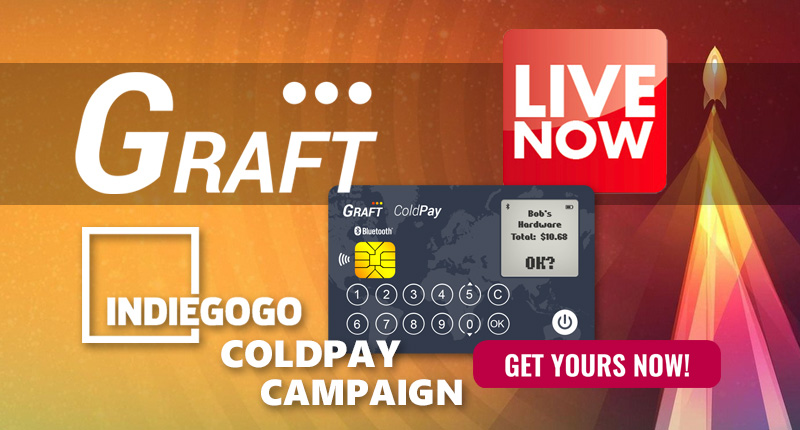 As we mentioned in the previous communications, we are launching an IndieGogo campaign for the ColdPay card.

Why we’re doing this and why now?

In order for the network to gain the momentum as quickly as possible we need to create awareness and “pull” from both sides of the marketplace. What better way to reach the first potential users and influencers than a cool multicurrency cold wallet / payment card – something that they will initially use to make their cryptocurrency wallets safer and eventually use for payments.

With the campaign now and a first batch scheduled for late May / early June, we’re looking to create some good buzz in the marketplace shortly prior to, during, and shortly after RTA Mainnet launch (not to mention putting a useful product into people’s hands that reminds them of GRAFT).

ColdPay leverages the same development investment that we have to make for the mobile wallet and POS support, including web wallet and payment gateway, so from that standpoint we’re not incurring additional development overhead.

There’s a limited amount of specialized development both on the card and one the provisioning interface, but that work is confined to several part- time engineers who do not participate in core development. So overall impact on the critical path core development is minimal.