GRAFT cold wallet / payment card allows the same instant payment at the point-of-sale, but without the mobile phone app. Cold wallets are also safer for private key storage as they are not subject to malware on mobile phones.

* The ColdPay card is being developed in parthership with an innovative smart card manufacturer. GRAFT is not planning (as of this time) to be in the card/wallet business. We’re partnering with a card manufacturer to build this as a reference card. This doesn’t preclude others from doing the same – in fact we would encourage that.

12 capacitive, 1 mechanical button Keypad with numbers and up / down arrows, OK, cancel, and power buttons

Sensitive information, such as private key, are only be stored in smart card chip, not other components.

Rechargeable battery
The battery in the ColdPay card is rechargeable with USB charger and lasts approximately 2.5 hours of continuous operation on a single charge.

Security is paramount for cold wallet and payment card. All sensitive information, such as private key for example, will only be stored in the CCEAL5+ compliant card chip, which is a secure element with protected memory, consistent with time-tested, well accepted credit card storage and transaction encryption standards.

Transactions are signed securely by the smart-card chip

Transmission of sensitive information between smart card and SE,BLE,RTC and MCU is encrypted

All the transactions can be protected with a pin code and the card provides for interactive transaction acknowledgement. 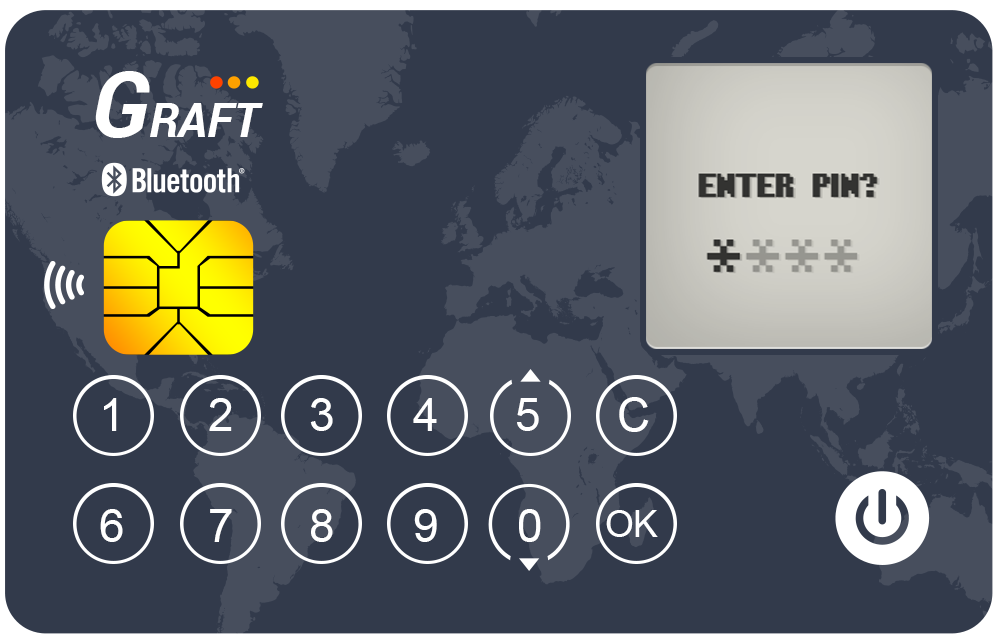 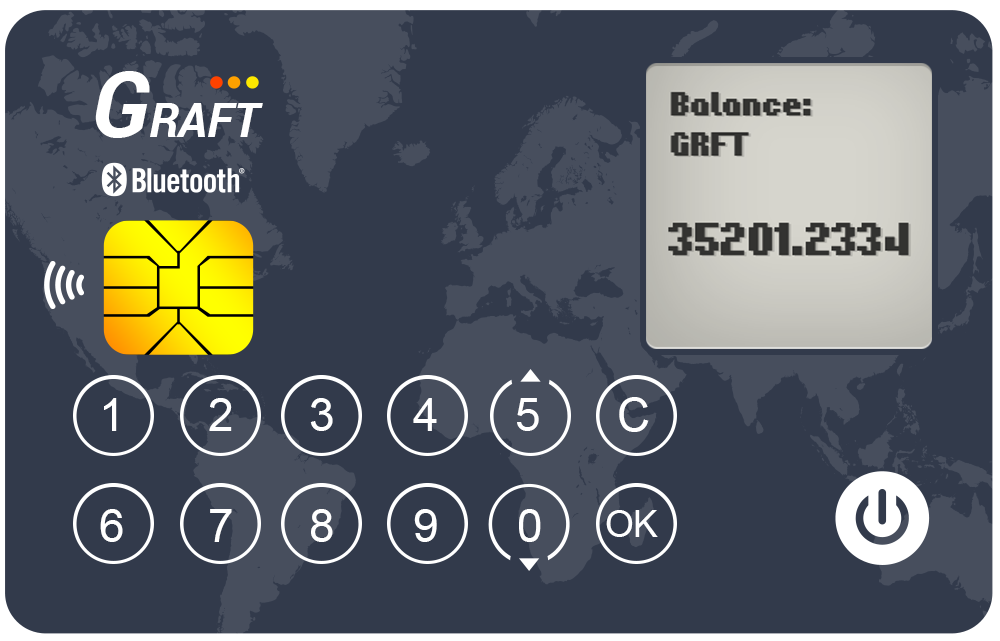 The card is launched with support for GRFT at first, with support for alternative currencies made available at a later date.
When used for payments, GRAFT ColdPay Card provides extra layer of security prompting the user to acknowledge and verify the purchase. 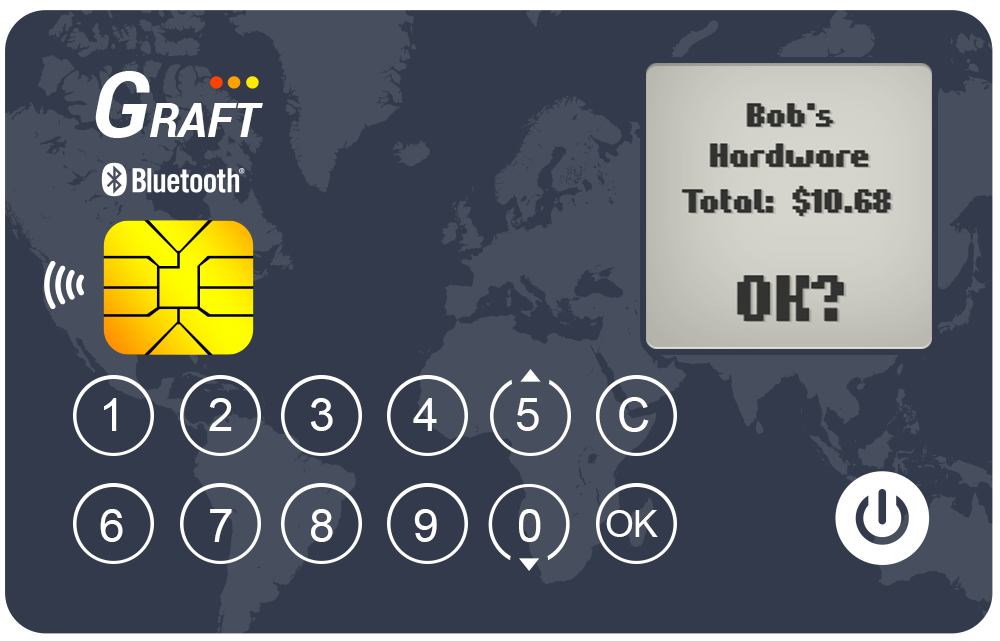 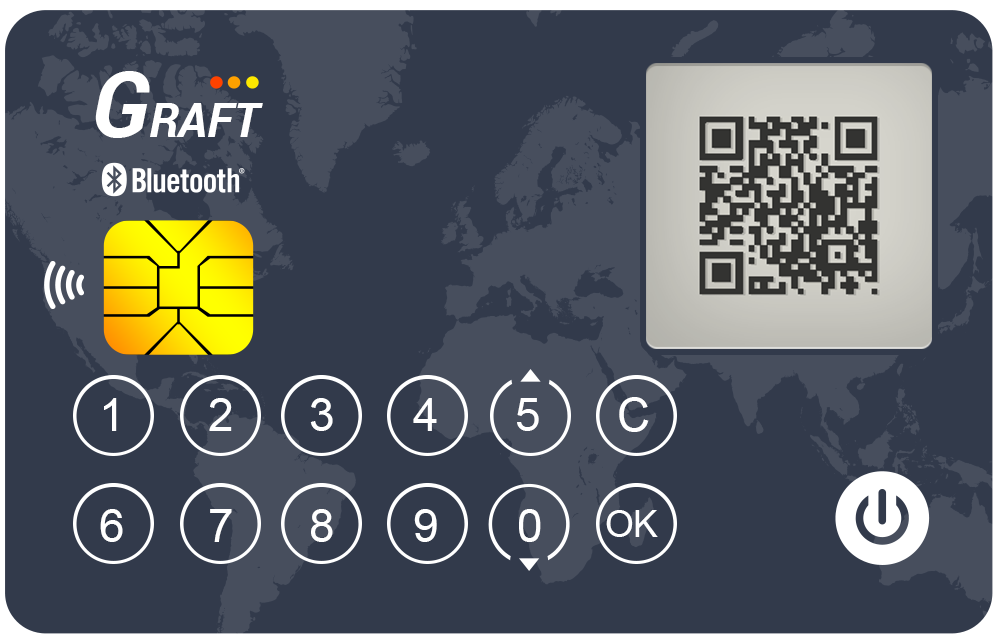 GRAFT ColdPay offers multiple options for usage – contact reader via chip (EMV), by NFC, or by having the merchant scan the QR code on the card (same QR scan can also work for person2person transfers)

The ColdPay card production was deprioritized based on the community vote, with attention shifting to the core critical path efforts. The card is still being working on it in the background, but the production timelines have been pushed out until later date, to be announced.